You know you’re in for a good time when local people clap their hands together in glee when you tell them where you’re going. That is exactly what happened when we told people in Ollantaytambo that we were heading to Cusco. Initially we thought they were just happy that we were leaving but as it turns out the 24th of June is a big deal in Cusco, so much so that they spend the whole month running up to it celebrating, culminating in a carnival party weekend –  the very weekend that we were arriving.

The fiesta itself is called Inti Raymi originating from an Inca festival celebrating winter solstice and honouring Inti the sun god. Today this means the coming together of all of Cusco to celebrate, give thanks and party! We arrived on the Thursday which was the day of the religious processions leading into the big cathedral on the main square. The processions lasted all day and huge, heavy (judging from the sweat pouring off the people carrying them) statues of Jesus, Mary and the Saints were carried through the streets and into the Cathedral. 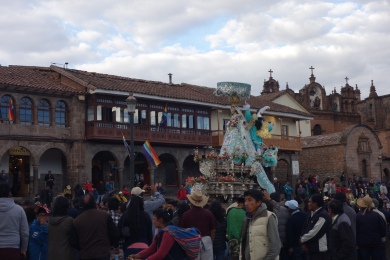 The following day despite staying a good 10 minute bus ride from the main square, we were awoken at 6.30am by the sound of a brass band beginning the day’s processions. Friday was certainly party day, by the time we had made it into the city centre, marches, dances and drinking were well under way. Considering it has been made a law that this festival is celebrated, there was no one not included, for those that were not in the processions, there were crowds 10 people thick, many dressed in traditional costume. 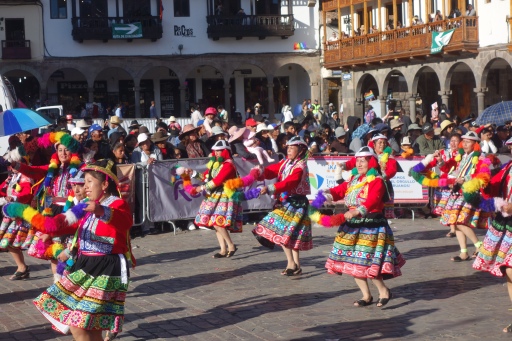 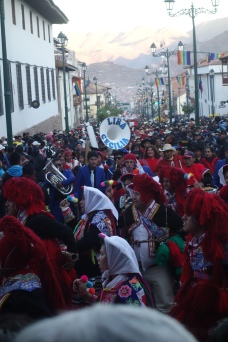 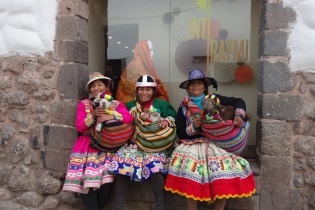 We walked for hours down street after street finding new delights at every turn. The locals were friendly and happy to get us involved, or to go in for the cheeky boob grab… Jamie’s still jealous he didn’t get one… 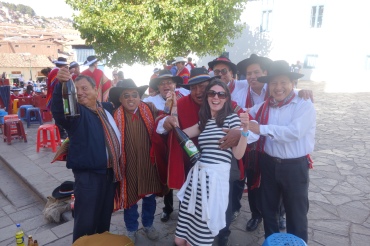 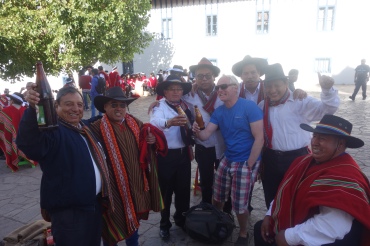 The celebrations went on well into the night with many of those that had been waiting all day for their opportunity to join the procession being well and truly plastered by the time they hit the carnival path! All ages and walks of life were involved and the processions were often grouped into professions with bakers, farmers, cowboys(?) all taking part. 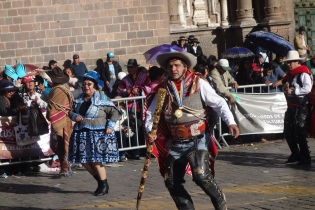 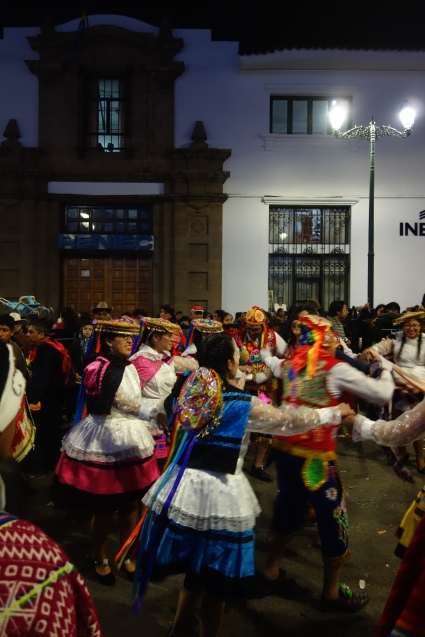 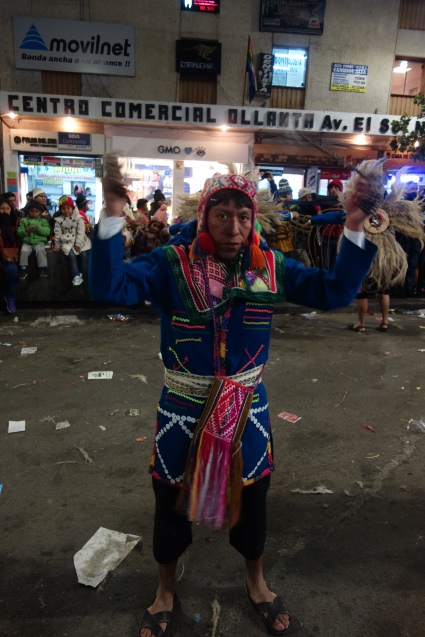 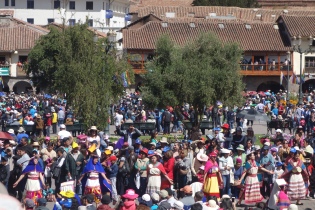 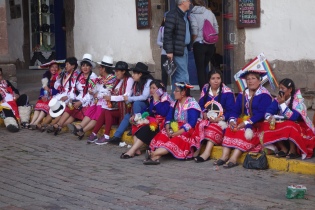 The day we left Cusco the celebrations had moved up to Sacsayhuaman, the Inca ruins overlooking the city. Despite not having the time to stay and watch the ceremonies, we took part in the climb which had the atmosphere of a pilgrimage and by the time we walked back down there were thousands of people at the top of the hill waiting to continue the celebrations. 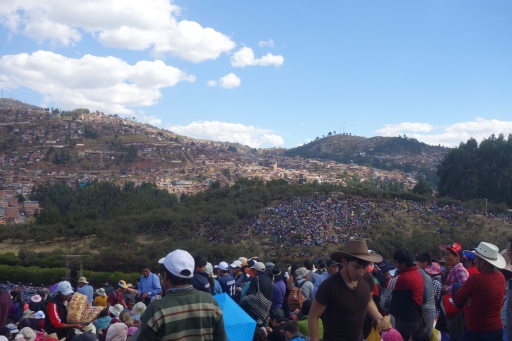