After three months, seven countries, circa 37,000 miles and over 100 hours on buses, stage one of our journey has come to an end and it’s back to the UK for us! However, there was one last city to explore. Quito, the capital of Ecuador. Quito did not come with a good rep in terms of safety, neither does it share the same beauty or copious architectural delights as other cities we visited but it was still an interesting place to see and our first destination was the centre of the earth – Mitad del Mondo, just 30 minutes outside of the main city.

Ecuador means equator in Spanish and the 0°, 0’, 0” point on the equator is what many people want to see when in Quito. It was the ancient Quitu-Cara people who were the first to identify the middle of the world but in 1736 the French Geodesic mission brought a group of French, Spanish and Ecuadorian astronomers and geographers to Quito to begin measuring arcs of the earth’s curvature on the equator to determine the size of the earth. The invention of GPS in the late 1990’s discovered that the Geodesic mission was actually a bit out with its calculations and the midpoint of the equator actually lies a few hundred meters away. However, it was a bit late to tell everyone that, as the Ecuadorian government had invested in the mother of all monuments, and built around it Mitad del Mondo, a mini tourist city, with museums, a whole host of souvenir shops, a chocolate museum, a planetarium and an art gallery dedicated to the Ecuadorian painter Guayasamin. Therefore to tell everyone that actually they’re all standing on the wrong equator would have been a bit of a bummer.

However, despite realising that this tourist haven wasn’t entirely kosher it did provide a whole host of interesting information. For example, the equator is actually a 5km strip and the 0,0,0 GPS position moves within that strip as the earth rotates. Another good fact was at the middle of the world you weigh approximately 1kg less than anywhere else and naturally they had scales there to prove it! 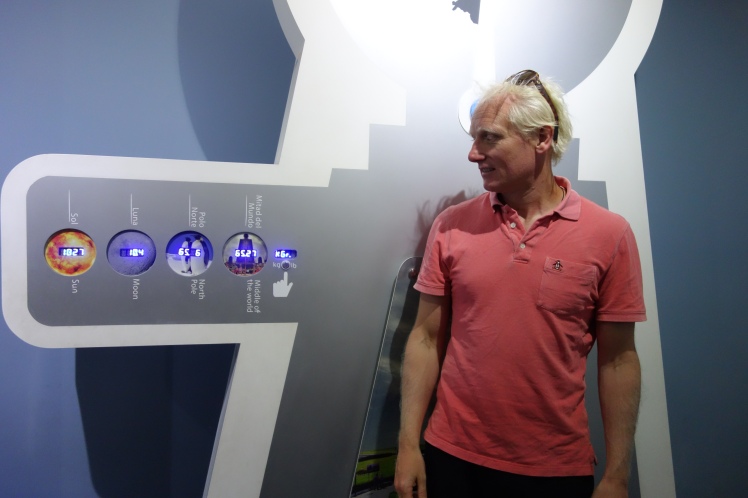 The monument at Mitad del Mundo has a viewpoint at the top and three floors of museum inside. There is only so much you can say about the equator so a lot of the museum space was dedicated to Ecuadorian history and culture. 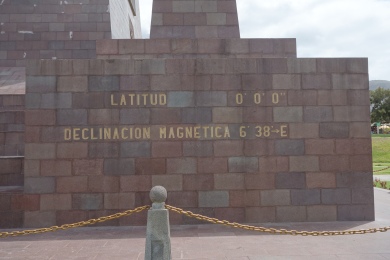 After becoming a bit equatored out, we returned to the heart of the main city to see what it had to offer. We explored the city on Guayaquil day, not a patch on the big fiesta that was Cusco day (perhaps its because we were watching the Quito celebrations rather than Guayaquil ones) but it did involve changing of the guard, processions and choirs. 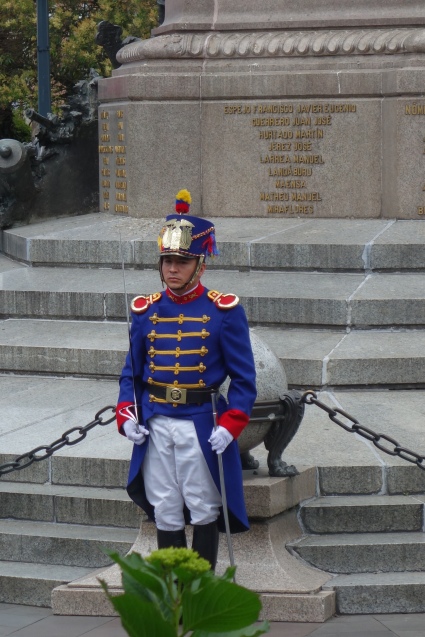 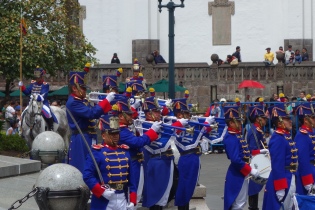 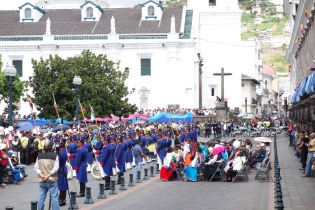 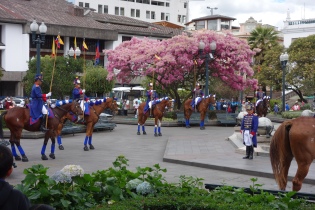 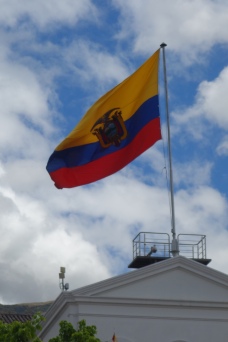 Walking around Quito you are not short of churches, the majority of which you have to pay to enter and you are not permitted to take photos once inside. What you notice once inside is the incredible wealth kept within the building with gold plated ceilings, walls, fantastically ornate stained glass windows and don’t get me started on the candlesticks. All very beautiful to look at but doesn’t sit too well when you consider the poverty evident on the very steps of the church. The most impressive of the churches from the outside was the Basílica del Voto Nacional and you could see it from every possible view point in Quito.

On the day we visited it was shut to visitors but the outside is worth a wander and the front doors are pretty impressive.

There are several hills offering great views of the city but the the most famous is the El Panecillo, 3,016 meters above sea level and home to a 45 meter tall statue of the virgin Mary that overlooks one side of Quito. The problem with El Panecillo is that any tourist planning to climb it must do so assuming they will be mugged. It has an incredibly bad reputation and everyone we met from tour guides to hotel owners told us not to take the unnecessary risk of walking but to take a taxi which was only $3. The view from the top of the hill is incredible and having taken the advice from the locals and taken a taxi up, we managed to get a local bus down without a black eye or a crime report! 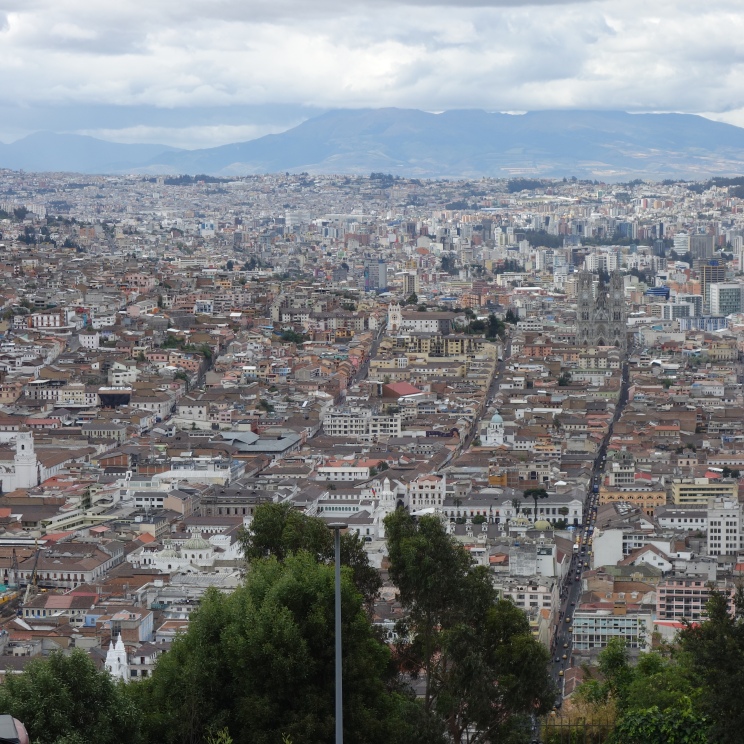 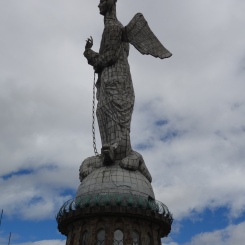 There are two main places to stay in Quito, the old town or a place called Mariscal. The latter has a whole host of hotels and restaurants and very little else whilst the old town has a lot of the monuments, buildings and things to do in the day but not as many restaurants. We chose the Old Town and managed to find some nice brew pubs that served pretty decent food and meant that we could be up and out early each day. Despite its reputation, we managed to stay out of trouble in Quito despite some dodgy looking characters. There is a street in the centre called La Ronda that at weekends is lively with bars playing live music. During the day it is worth visiting for the chocolate shop/ museum run by Swiss/Ecuadorians. The chocolate is phenomenal, particularly the one with Maracuyá (passion fruit). The hot chocolate is also something to write home about!

So we have reached the end of stage one and had a brilliant journey. We have seen so much, met some great people, experienced temperatures ranging from -8° to 32° been thwarted by snow in the desert and rain in the driest places on earth. We’ve seen sea lions, pelicans, penguins and giant tortoises; statues that no one can explain, towns that look like Switzerland and waves that you can surf for 5 minutes. South America is a continent with everything and 3 months is not nearly long enough but we enjoyed every minute of it! As for any future travels… I’ll keep you posted!