We’ve arrived in South America! After a 14 hour flight from Madrid we landed in Santiago. It was pretty amazing flying in over the Andes mountain range although the sudden turbulence on descent did make me think of the film ‘Alive’ and I began to eye up the size of my fellow passengers… just in case.

First impressions of Santiago between massive head roles (and if I’m honest a bit of sleep dribble) in the shared taxi to our Airbnb were not the best. I guess we’d been spoilt in Seville and Madrid with the architecture and relatively clean streets and Santiago looked like it needed a lick of paint and a good clean up. However, as always first impressions can be deceptive and once we were out on foot we got to see how busy, noisy and colourful Santiago actually is. Also within minutes of arriving it was clear that the Santiago locals were super friendly, just walking down the road looking at a map (in my case the wrong way up) a guy stopped to see if we needed help. So far so good.

Our first stop was to go to the top of Cerro San Cristobal (a big hill), I’d love to say we immediately donned hiking boots and trekked up but we got the funicular railway instead! Jamie has since run up it three times to make up for it. I’ve stayed in bed.

At the top of San Cristobal is a 14m high statue of the Virgin Mary and as you reach the summit, there are multiple crucifixes set into the ground and religious music playing from speakers. Even for the non-religious it is a peaceful experience looking down over Santiago with the Andes Mountains in the background. 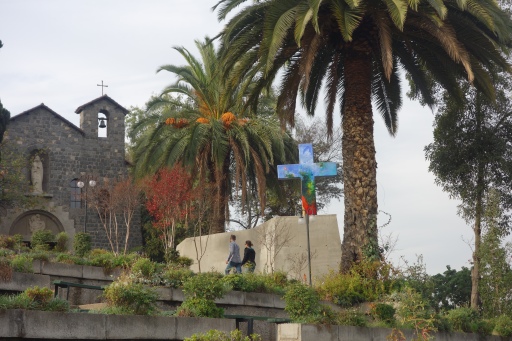 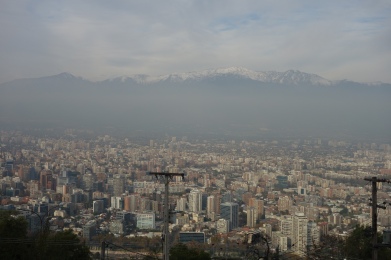 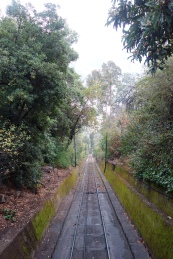 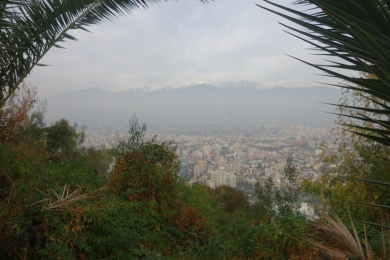 We’re staying in the Barrio Bellavista, pretty near one of the University sites and an area full of students and therefore bars and nightlife. There is not a building without graffiti of some kind and the whole place comes alive at night. 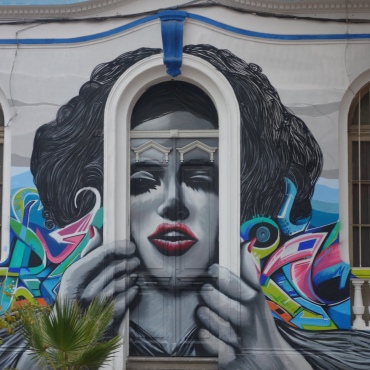 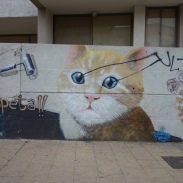 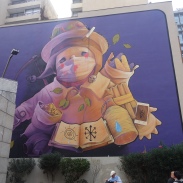 There are bars and restaurants a plenty but one place that we particularly liked was a restaurant called Sarita Colonia in the Recoleta area. Very cool atmosphere and the food was fantastic, apparently it is advisable to book but we were lucky enough to get a table. I’m not great at food photos, they always look like plates of vomit but the place was nice… 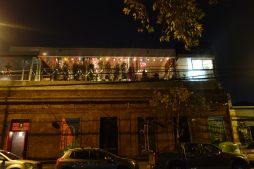 So we’ve spent the past few days walking our feet off around the streets of Santiago, although from above the city looks huge, the main points of interest are fairly compact and it is not a difficult city to navigate. For me anyway as I was just following Jamie…

We wanted to learn a bit more about the history of Chile under Pinochet which as it turns out was pretty gruesome. The Museum of Memory and Human Rights is a pretty intense place to visit, three floors of exhibits detailing the experiences of many Chileans under the Pinochet regime makes for tough reading.  We’d also been to the Paris-Londres Barrio which is a small area with European style buildings. Londres 38, is from the outside a normal town house but during the dictatorship was used as a detention centre and torture house. The government was so keen to keep the goings on a secret that they changed the number of the house to 40 and played music to drown out the sound of the screams. 38 Londres is now a memorial to the 96 people who lost their lives  there (including two pregnant women) and on the street outside the building there are plaques for each. 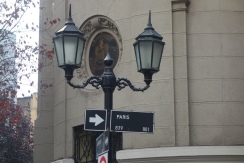 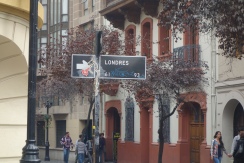 Santiago is a noisy city, there is a lot of traffic and a lot of people at all hours of the day and night. We’ve explored the Plaza de Armas, the main square that used to contain the gallows (always good for a spot of Sunday afternoon knitting),  the Catedral Metroplitana (surprisingly impressive interior in comparison to the outside) and the Centro Gabriela Mistral which is the arts centre that often has art, music, dance and photography exhibitions during the day (except on the day we visited when the display was on wind turbines…) 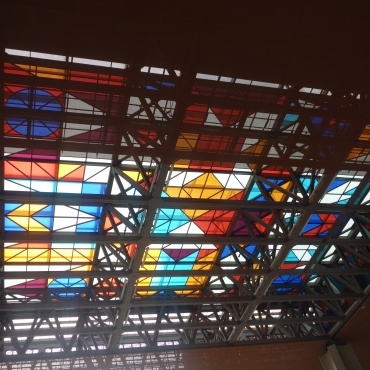 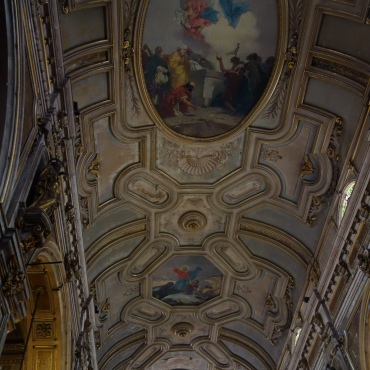 The Mercado Central was a buzz of people and dead fish. One half is dedicated to fish stalls and the other to restaurants vying for your custom. Once we’d run the gauntlet of menus being thrust in our direction we escaped to the city park and Cerro Santa Lucia, which afforded great views of the surrounding area. 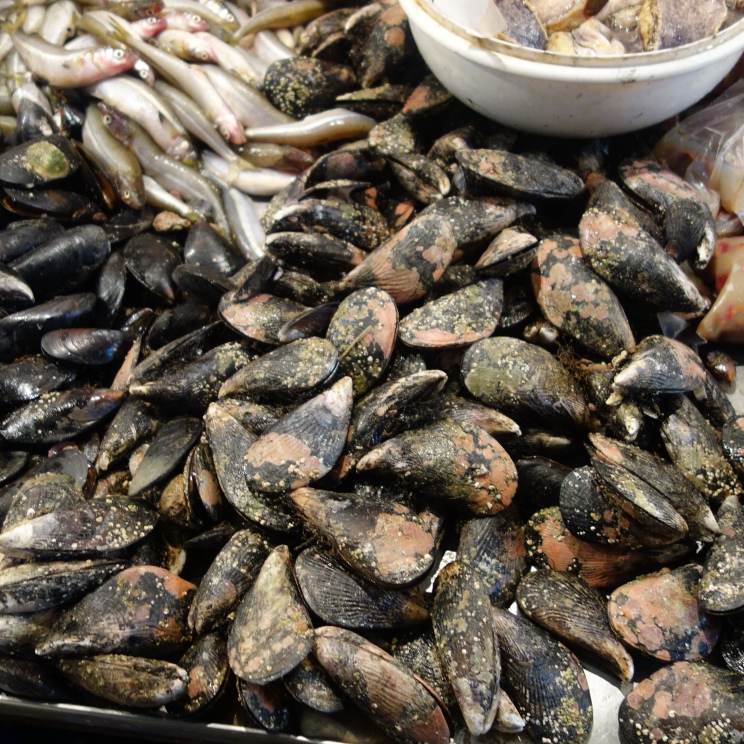 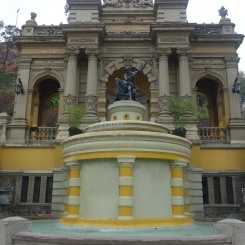 So as part of the winging it trip we had very little organised. The one thing that was booked before we left was a night bus from Santiago to Mendoza in Argentina. We are supposed to be on the bus tomorrow night at 10pm getting in at 6am. However, the weather curse that has followed me for the past 10 years looks to continue! A snow storm has started on the Andes and the mountain pass from Chile to Argentina (Paso las Libertadores) closed today. It looks unlikely that it will reopen tomorrow as the snow is coming thick and fast and the road is apparently pretty treacherous at the best of times so swinging a bus round on the ice is not ideal. So the one plan has been foiled and now we’re trying to decide the best course of action as we have to leave our accommodation tomorrow. The winging it continues, I’ll keep you posted!!

One thought on “Santiago de Chile”