I never thought I could be overdressed in a bikini… Until I came to Brazil. The micro bikini and thong is the beach uniform, worn by women old, young, large and small. Don’t think the men are left out either, gone are the board shorts of Chile and Ecuador and very much in are the speedos – occasionally thonged… I felt quite a prude in my butt covering bikini however, the Brazilian butt is like no other and I couldn’t help but stare at the perfect big bottoms patrolling the beach. How do they get them them quite as toned and uplifted is anyone’s guess but they are quite a spectacle. As the saying goes if you’ve got it flaunt it and they certainly have. I certainly haven’t and there was no way my bony butt was going in competition!

We discovered the butt phenomena for the first time on Ilha Grande, a jaw dropping paradise off the south coast of Rio. To get there we took the bus from Paraty to Angra dos Reis which took about two hours, followed by a 1.5 hour ferry ride (taken from the second pier on the sea front). There is a hovercraft that leaves from the first pier which is quicker but more expensive.

I can honestly say that Ilha Grande is one of the most beautiful places I have ever seen. As the name suggests it is a fairly big island with the main town of Vila Abrão hosting the majority of guesthouses and restaurants. Our guesthouse was colourful and kitsch and we loved it, best breakfast we’ve had in South America too! 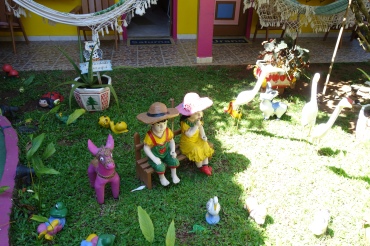 On the way to Ilha Grande we met some locals who told us that we would find the first beach beautiful but if we thought that was nice we should see the others! On landing in  Vila Abrão the beach was certainly not too shabby… 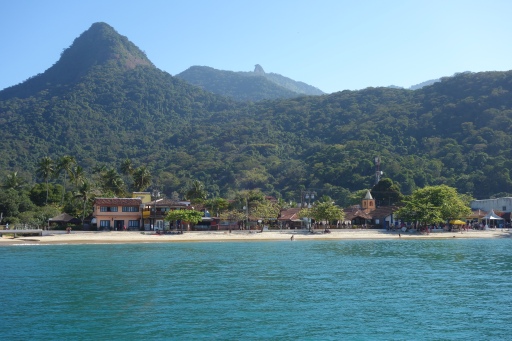 However, we took their advice and set off to see the other beaches on the island. There are some nice hikes through the Atlantic forest to discover white beaches. The first hike we did was an hour and a half to the Feitceira waterfall and then on to Feitceira beach. It was pretty hot work, we probably should have set off a bit earlier but it was worth the effort. At times it felt like we were the only people on the planet walking through the forest which did make the strange noises coming from the trees a little bit disconcerting, especially when Jamie decided to talk me through the plot of Predator, a film I will not be watching anytime soon! The waterfall was lovely and the beach was stunning, on arriving we walked to the end and clambered over some rocks to find a perfect little quiet beach that we ended up having to ourselves all day, bloody lovely. 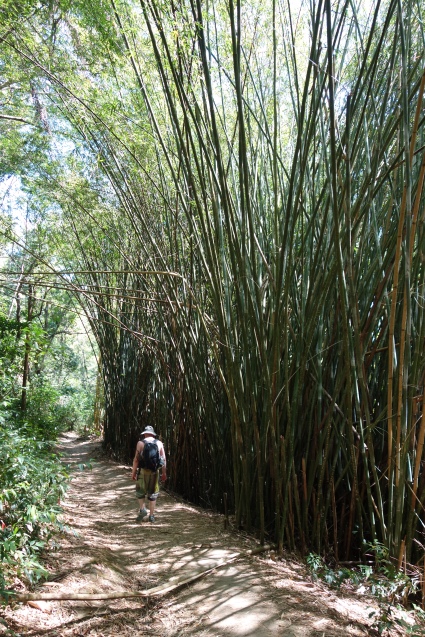 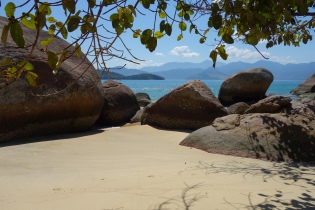 On the walk back in the evening we met a Brazilian man who pointed out what had been making the noises in the forest… Monkeys. First the Bugios/howler monkey which we’d only ever encountered in Asia before and they are not shy in using their vocal chords. We continued round the bend to find another type of monkey that looked a bit more like a raccoon with its grey and white striped tail but was actually a Sagui Monkey. Unfortunately some tourists have been feeding them so they are a lot more human friendly and less afraid of danger which gets them into all kinds of trouble with their own predators. What we have learned on this trip, particularly in the Galapagos is don’t touch or feed animals in the wild, although it is nice to interact save it for your pet dog who relies on you for food, these animals don’t and the long-term trouble it causes to them and their eco-system is not worth the five minute photo shoot. 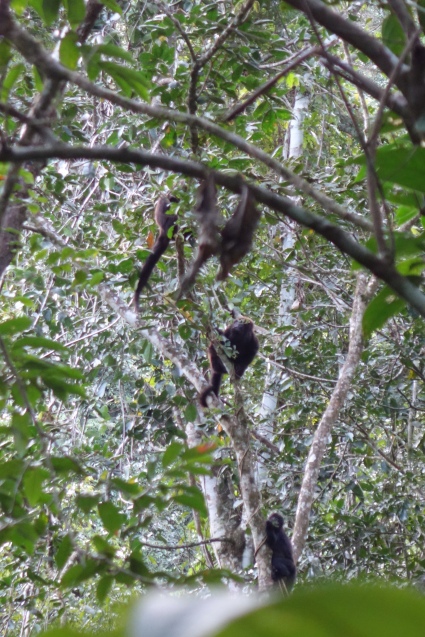 Getting our hiking mojo back we spent our third day on Ilha Grande hiking the 2.5 hour walk to Lopez Mendez beach, through forest and across other small hidden beaches. Lopez Mendez really is the jewel of the crown, it is circa 3km long with clear waters and white sand that crunches like snow underfoot. If you don’t fancy the 5 hour round trip, there are taxi boats that pick you up from Puso beach, a 15 minute walk from Lopez Mendez and take you back to Vila Abrão at the end of the day.

If you’re into hiking, wildlife, forests and beaches then this island is a must visit, it is truly beautiful and a desert island you wouldn’t mind being left on. 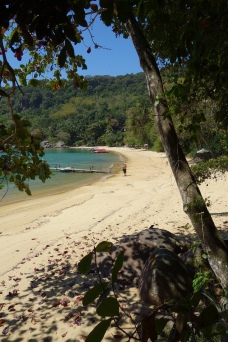 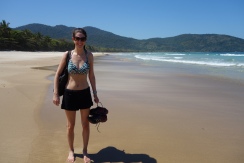