Time for a new country, we arrived at the Ecuadorian border at 2am, not something that would have been safe a few years ago but it was a smooth transition with a police presence to deter potential robbers and kidnappers. Our first destination was Cuenca, an old colonial city that is now a UNESCO heritage site and looking at the buildings it was not hard to see why. The colonial Spanish architecture gave the city a European feel and being back at altitude in the Ecuadorian highlands there was a bit of mountain air thrown in for good measure. 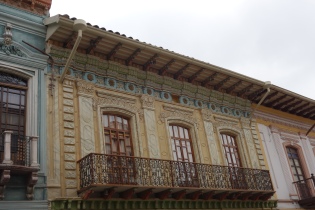 An easy city to navigate, we embarked on a walking tour of our own, clocking the gothic churches and buildings of interest including the old and new cathedrals, the former being built at the time Cuenca was founded in the mid 1500’s and the latter built having being started at the end of the 1800’s and finished in 1967. (There must have been a lot of ‘mañana, mañana’ coming from the builders on that project.)

On the map given to us by the local tourist office there was a chocolate factory clearly marked as a place of interest. You could smell the intoxicating smell of dark Ecuadorian chocolate as you walked up the road and by the time we reached the door I was salivating like Pavlov’s dog hearing a ringing bell. We saw the door open, people came out, I rushed forward to embark on the afternoon’s entertainment to be told ‘no tourists today’ and the door closed firmly in my face. Maybe it was the congealed dribble around my mouth, maybe it was the desperation in my eyes. Maybe it was Jamie. All I know is I wasn’t getting any chocolate from that factory any time soon. We marched to the nearest bar for an Ecuadorian beer, they weren’t banning me from that. Yet.

It was in Cuenca that we made our first souvenir purchase, having no room to carry anything extra we had not stocked up on the wicker llamas or alpaca rugs in Peru or Bolivia. However as it turns out, Cuneca is the birth place of the Panama hat. Who would have thought. Apparently the reason they are called Panama hats is because during the construction of the Panama canal the mostly Ecuadorian work force used to wear them, thus resulting in the misappropriation of the name. We went to the Museo de Sombrero which despite reading reviews to the contrary was at our time of visiting just a shop where you could try on lots of hats. There was a small museum bit which was locked up so I guess they just wanted us to cut to the chase. After the trying on of every hat in the building, multiple walks to the mirror, mind changes and ‘does my head look big in this’ moments, our purchases were made of hats we will proudly wear around the rest of South America like true tourists and probably place in the wardrobe to gather dust as soon as we get home. 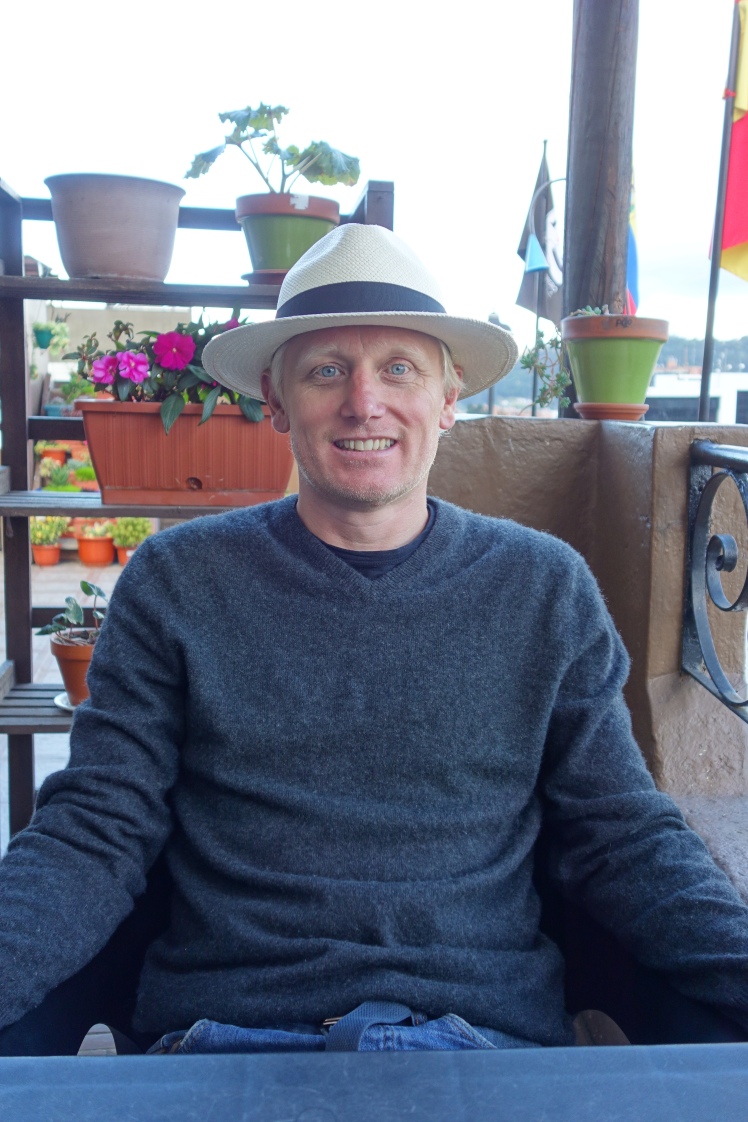 No trip to a South American city is complete without visiting some ancient ruins and we did just that by heading to Pumapungo to see the remains of the city belonging to the ancient Cañari civilisation. The Inca’s took over the site and we saw what had once been the Convent of the Virgins of the Sun and the Temple of the Sun. The ruins are situated in what are now large botanical gardens with a slightly less appealing bird sanctuary.

We hotfooted it from Cuenca to Guayaquil for a quick stop over before flying to the Galapagos Islands. We had not heard great things about safety in Guayaquil with the robbing of tourists sounding fairly common place. Seeing as we did not have a whole load of time and really wanting to be in one piece to get to the Galapagos we stuck to the Malecón and visiting the oldest barrio (at over 400 years) in the city, Las Peñas. Both areas have seen considerable investment in recent years in an attempt to rejuvenate the city and Las Peñas is now an Ecuadorian heritage site. It is a steep old walk to get amongst the colourful colonial buildings and at the top of the cerro is a lighthouse which offered views of the whole city. It is a barrio that comes alive at night with multiple restaurants, some of which are the front room of people’s houses, with music blaring from many different windows. We tucked into some tasty fish and watched the world go by as the sun set. 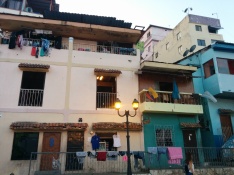 The Malecón was a pleasant walk, half of it was closed off for the tattoo festival but what we did walk down had monuments, fountains, a big wheel and the first IMAX cinema in South America. It is known as Malecón 2000 and was an urban renewal project beginning under Leon Febres-Cordero, later followed by that of Jaime Nebot. 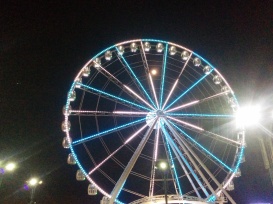 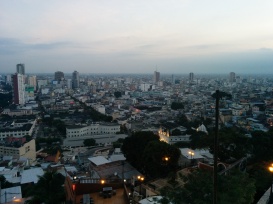 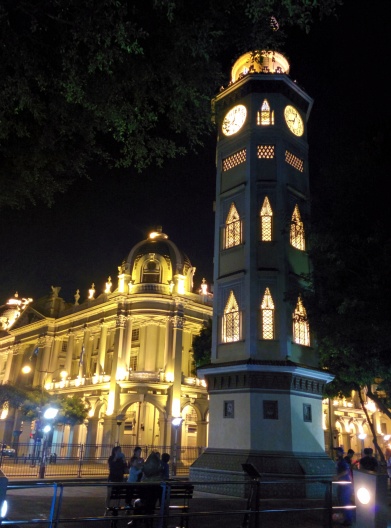 Time to rock and roll we stayed one night in Guayaquil and then sped to the airport for our flight to the Galapagos. We were pretty excited about that impending trip… tbc