I do love a city and Salvador was no exception. Arriving by boat from Morro de São Paolo (Morro de Sao Paolo – beauty, beaches and Brazilian football) we had great view of the city from the water. It doesn’t come with the best safety reputation and there are certainly some salubrious areas to avoid after dark but by taking the same precautions as in any city and it is fine. Plus, (unlike London), they have Uber which was both cheap and massively efficient. 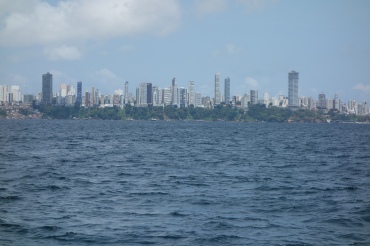 There are many contrasting faces to Salvador. We stayed in the Rio Vermelho neighbourhood, an area with several beaches, a lively nightlife and the old home of famous Brazilian writer Jorge Amado whose statue can be found with his wife and dog (and a Jamie). Around the corner from our apartment  (we lucked out this time, we even had a window)! there was a main square which by day there were a few people milling around and craft stalls etc, but by night it came alive with music and people enjoying food and drinks. There is a five a side a football pitch which is the focus of activity with games going on until the early hours. 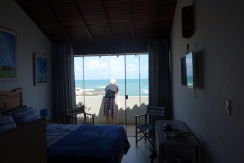 The historic centre is the real place of interest in Salvador. To reach it from the sea front you take a lift (of course what else?!). Elevador Lacerda is an art deco elevator, built originally in the late 1800’s that took people from the port to the historic town centre and for 15 cents a person it continues to lift millions of people a month up and down to their destinations. The view from the top over the port is worth a look as well before heading into the main town. 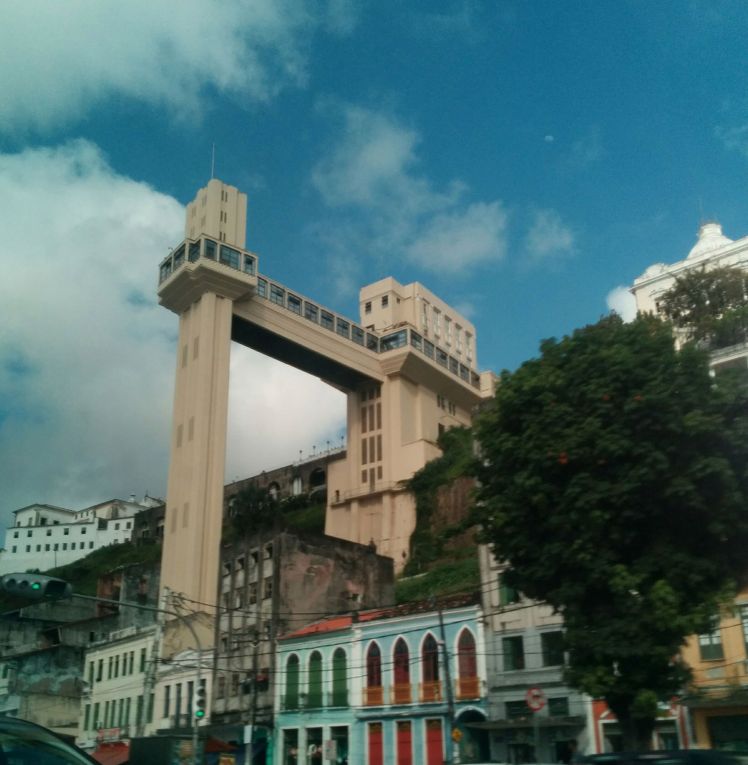 Salvador is the capital of the state of Bahia and has a strong African heritage that is immediately apparent from the food, music and dance. Salvador’s historic centre, home to the The Pelourinho area has a depressing history. It was the first slave port in the Americas and the name Pelourinho is Portuguese for pillory or whipping post, a structure that in those times was based in the central square and used to punish or auction slaves. The Pelourinho is colourful, and vibrant in the day and has a blend of artists, women in traditional African-Bahian dress, souvenir sellers, local restaurants, museums and galleries and churches. In colonial times, black and white worshippers were segregated and black Bahians were not even allowed to walk past a white church. They built their own over a period of 100 years and the church of Nossa Senhora do Rosário dos Pretos stands today as a working monument to that time.

We were told that Salvador has enough churches to visit a different one every day of the year. There are the big, the small and the strange, one church on the outskirts of the city Nosso Senhor do Bonfim has prosthetic limbs hanging from the ceiling as prayers to heal parts of the body were delivered with a replica of that part of the body… just to make sure. The true jaw dropper is São Francisco, a baroque church that from the outside is nothing special and the inside main square has seen better days although covered in blue and white Portuguese tiles depicting humanist teachings generally around the greed and money. Ironic really as the real wow moment comes from stepping into the actual church. It is like King Midas had been in there, it is covered in gold from ceiling to pillars to the alter, there is nothing understated about it and no wonder it took 64 years to finish. There are also amazing wood carvings some of African-Brazilian saints, others of cherubs, although the Portuguese who took over the church from the Jesuits cut off the genitals of the cherubs  believing them to be inappropriate. The 800kg of gold was fine however!! 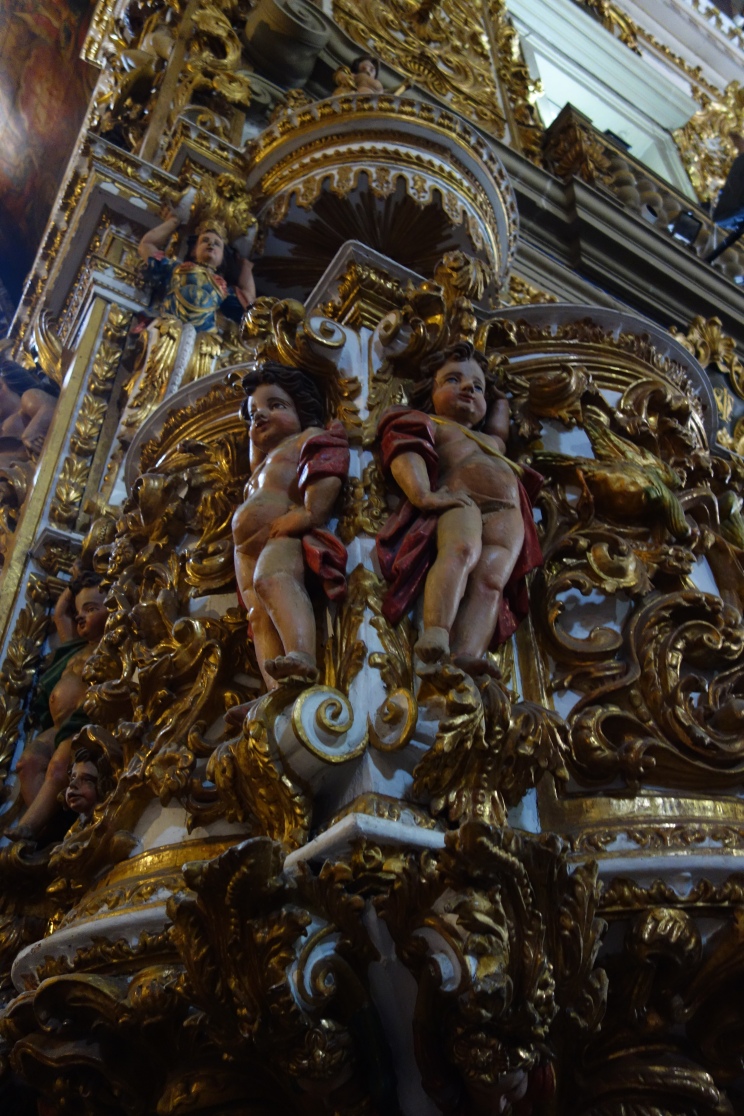 Heading out of  The Pelourinho and back down by lift there is a large market selling local products from tea towels to hammocks to foods. Worth a visit if you want some souvenirs. We Ubered it to the beaches as it’s a long and not particularly safe walk even in the day time. It was a Saturday and the beaches were packed with people, umbrellas and food sellers however as we kept walking along the sea front we reached the Farol do Barra (lighthouse) in the Barra district. The lighthouse sits on the Morro de Christo where we set up camp along with many others to watch the kayakers, SUPer’s and the sun slip away into the sea at the end of the day.

not that impresive inside square but then

The buildings throughout the historic centre are brightly coloured

up the top, old buildings then cololonial town.