Moving from city to surf is always an interesting transition. The pace of Cusco and Lima was frantic, frenzied and fun but the surf was calling Jamie and a chilled few days were ahead of us. We left Lima on the night bus for Trujillo, a city 10 hours away. On arriving we took a quick taxi to Huanchaco, a place well known in Peru for its surf break and a wave that on a really great day can be circa 800m long and last around 5 minutes. So if you’re planning to surf it, bring a book…

Huanchaco is a small town of only a few streets, with multiple hostels, geared towards surfing. The beach itself could do with a bit of a clean up, it’s not the prettiest but if you find the right patch and make friends with the right stray dog then you’re all set. 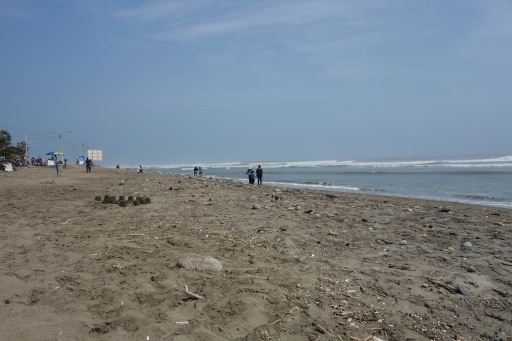 We stayed for a couple of days and on our last sunset we watched a paddle out. Surfers will know this to be the ritual to honour the passing of a fellow surfer and it is emotional to watch. On this occasion it began with a ceremony on the beach followed by a surfer in a caballito (a traditional Peruvian boat made from totoru reeds) who paddled out beyond the waves with a number of flower leis that had been placed in the boat by people on the beach. A group of surfers followed him and joined hands forming a circle around the boat. I understand that at this point memories are recounted or prayers are said; obviously we were not privy to what exactly happened out at sea but after a while we saw the man on the boat stand up and throw the flowers into the sea. Cheers and shouts came from the circle and they began to splash the water breaking up the flowers. Then the surfers who were on a mixture of long boards, short boards and body boards all caught waves back into the shore to join the friends and family that were waiting there. It was an emotional insight into the surfing community and a reminder of how it is not just a sport but a way of life with rituals, beliefs and is more than just your chilled out dude calling everything ‘rad’. (Not that I will admit this to Jamie, to him I’ll still roll my eyes when he goes off into the water for another 8 hours of surfing)! 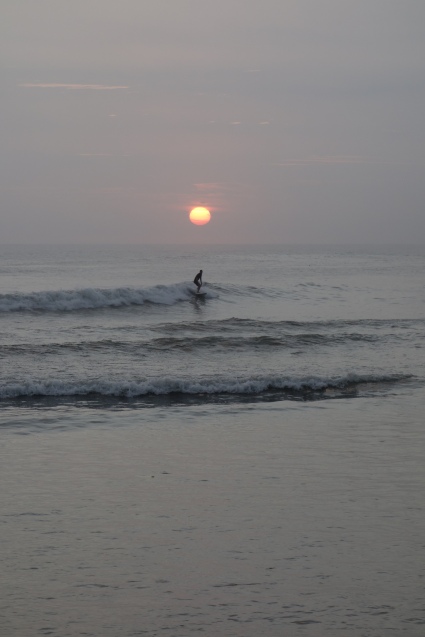 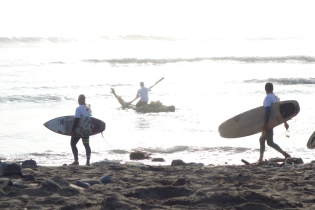 With the weather changing for the worse, we journeyed further up the coast to another surf town call Máncora. As soon as we stepped off the bus we were hit with that holiday air; warm and humid with the taste of the sea. Our accommodation was pretty basic, we slept in the loft room of house with a palm leaf roof, empty of everything except a bed. Our hostess made a mean scrambled eggs and did a fitness video every morning with her friend from over the road that I joined in on. Although the days after I began to regret that decision as I could barely walk down the stairs without crying! 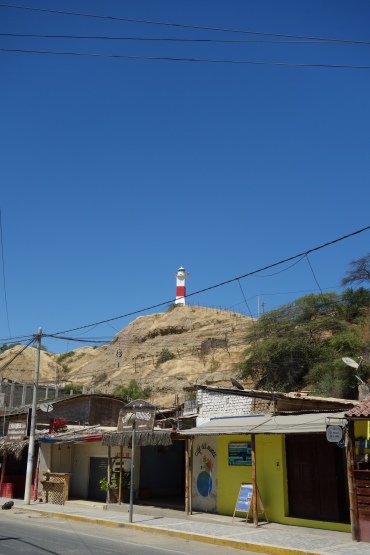 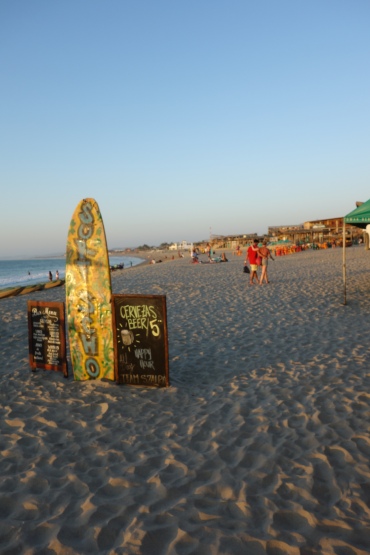 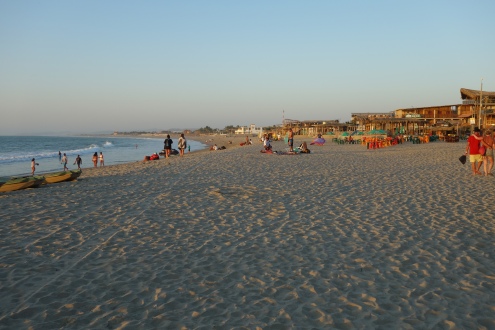 The only downside was the recent influx of grillos (crickets) which in my mind are cockroaches with wings. At night they were everywhere and I’m not going to lie, I did not play it cool. Crawling things I can handle; but these horrors you cannot run from, they will hunt you down, fly in your face and probably eat your eyeballs given the chance. (I was assured this was not the case but I wasn’t standing still or silent long enough to find out, despite the ridiculing from the locals).

On the other hand, there was some wildlife in Máncora that was more of a draw. A 20 minute bus ride away was a beach called El Ñuro, a white sand, blue sea kind of place with a pier where the fisherman went about their business. Also going about their business in the waters below were the sea turtles and pelicans, hanging out for the left over fish the fishermen threw their way. Tours come here by the boat load to get a look at these amazing creatures but by turning up on the local bus we were able to stay a lot longer and get a closer look. Indeed Dr Doolittle aka Jamie got right in for a swim with them! They are obviously used to humans and enjoy playing, not being afraid to nudge and barge if they feel you are in their way! 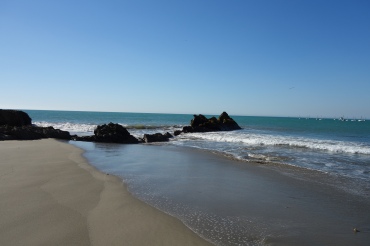 We spent a pleasant few days in Máncora but the time had come to move on and out of Peru and onward to Ecuador. Peru was a fantastic experience. Before arriving I’d really only thought of it because of Machu Picchu but of course, there is a whole country to explore and time certainly didn’t allow us to do it all. However should you be heading this way you will not be disappointed. From Inca and pre-Inca ruins, to cosmopolitan cities, to chilled out surf towns, it is a country that champions its indigenous heritage, welcomes those that want to learn more and is proud of what it is today.

One thought on “Surfing Peru – Huanchaco and Máncora”